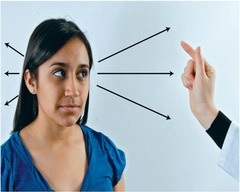 Don’t do too much of the talking yourself:

Let the passenger first explain what he wants; he will want to ask questions or raise objection; Guard should be interested in what he says and especially in what has caused him dissatisfaction; if he is not given an opportunity to talk, his dissatisfaction will grow and he would get irritated;

Never interrupt to answer an objection:

This invariably irritates the passenger, and he feels slighted; the passenger has a right to the floor, let him speak freely, while the Guard should patiently listen; when he finishes, Guard should explain the position carefully.

Don’t slip into a belligerent or over-positive attitude in the argument; there is nothing personal about the difference of opinion; there is no advantage in winning the argument and losing a patron;

Be courteous, attentive and accurate:

Guard should know his job well and give precise information without beating about the bush or sending the passenger unnecessarily to station staff; utmost courtesy should be deployed; Guard would do well to address a passenger as Sir or their local variants;

Guard should always keep his poise and calm, watch his voice and should not give an impression of excitement, ridicule or effrontery.

Don’t be a slacker but be prompt and quick:

A passenger would come to Guard only with a definite problem or difficulty.Guard should not keep him hanging around unnecessarily.If there be one basic requirement in the practice of good public relations for Guard, it is getting along with people — and the people, he will be dealing with, will mostly be strangers.